Callout: We Want Your Old Phones!

We’re looking for old or obsolete telecommunication tools for our upcoming project Text Tone at Hamilton Winterfest 2015 (more details about this real soon!). As part of the piece, we’re working to create a scrappy reactive techno-tombstone. If you’re in the Toronto or Hamilton area and have phone technology that you’re willing to donate, contact us! This means old phones, new phones, broken phones, working phones, land line phones, cell phones, phone chords, answering machines, pagers, beepers, rotary phones, anything you’re willing to donate to our monolith of obsolescence! 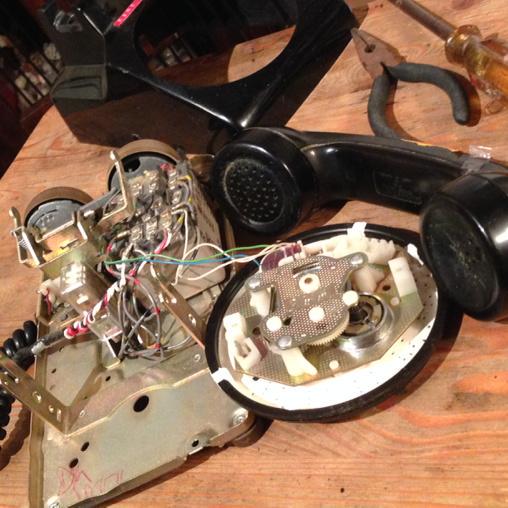 Text Tone is an interactive mobile phone based sound installation that decodes text messages sent by the audience into touch-tone keypad audio compositions. In 1878 in Hamilton, Ontario, Hugh Cossart Baker, Jr. established the first commercial telephone exchange, making Hamilton the first location in the British Empire to have a publicly accessible telephone network. In commemoration of the evolution of these technologies, Text Tone invites its audience to participate in examining how once-familiar communication behaviours are becoming lost languages, unlearned through obsolescence. Text Tone explores how obsolescence is created by the needs of evolving communication habits, and correspondingly, how advances in these technologies have the power to influence our habits all on their own.

More info on the project soon!

One thought on “Callout: We Want Your Old Phones!”